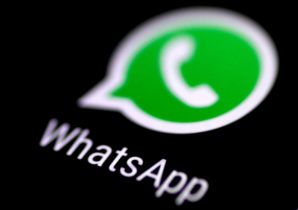 JAKARTA (Reuters) – Indonesia said on Tuesday it will summon executives of messaging services and search engines, including Google, to demand they remove obscene content, but dropped a threat to block WhatsApp Messenger after “GIF” images were taken off the service.

The Internet is already partly censored in Indonesia, but the latest steps mark an escalation against a background of growing conservatism in the world’s most populous Muslim-majority nation.

“We will call all providers, including Google to clean up their network,” said Semuel Pangerapan, a director general at Indonesia’s communication and informatics ministry.

Google, which is owned by Alphabet Inc

The ministry vowed on Monday to block Facebook Inc’s

WhatsApp said on Monday that message encryption prevented it from monitoring the animated graphics files, known as GIFs, that are available on the app through third-party services.

It said it had asked the government instead to work with those providers, which integrate their technology into WhatsApp to allow users to enter keywords to search for GIFs.

Tenor Inc, one of the third parties, said on Tuesday it had “already implemented a fix for the content issues”.

Users of Whatsapp Messenger on iPhones were unable to access Tenor GIFs on Tuesday.

“We see now that they have done what we asked,” Pangerapan said. “Therefore, we won’t block them because they have responded to us.”

WhatsApp Messenger is widely used in Indonesia. Civil servants and ministers, including Minister of Communication and Information Rudiantara, are among the heaviest users.

Giphy Inc., a New York City GIFs company that also works with WhatsApp, did not respond to requests for comment. Giphy offers partners a feature to filter inappropriate images.

Indonesia’s warning did not appear to target Gboard, a keyboard app developed by Google that provides comparable GIF search results but must be installed separately from WhatsApp on most devices.

Rudiantara has vowed in the past to clamp down on pornography sites and, after meetings with representatives of Google, Twitter Inc and Facebook in August, he said his ministry’s priority was to protect Indonesians from content that promoted radicalism, terrorism and drugs.

Rudiantara, who uses one name, said however that the government was not trying to foster “a regime of censorship”.

Indonesia had 69 million monthly active Facebook users by the first quarter of 2014, ranking it fourth globally after the United States, India and Brazil, company data showed.

Some reaction on Indonesian social media to the threatened block of WhatsApp was skeptical.

The country’s regulators have reached settlements with several technology companies after threatening to shut them down. In August, Indonesia announced it would block Giphy’s website for showing gambling-related ads. Access was soon restored after it agreed to cooperate with regulators.

Bans were similarly rescinded in recent years on social media websites, such as Tumblr, and the chat app Telegram, which regulators had said was “full of radicals and terrorist propaganda.”

The Indonesian Consumers Foundation (YLKI) had urged the communications ministry to block pornographic GIF images accessible via emoticons, complaining that children could easily reach them, according to news website kompas.com. Terms of use for WhatsApp, Tenor and Giphy specify users must be at least 13.