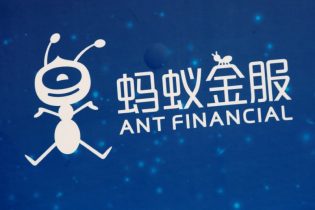 Ant Financial, which operates Alipay, confirmed to Reuters it has introduced the rule for business partners to better protect consumers.

It said it has recently stepped up inspection of financial product providers on Alipay and Sesame Credit, its credit platform, and found some problematic cases involving “interest rates above the legal limit and inappropriate collection methods”.

Ant said it would continue to monitor and remove noncompliant businesses and asked all to conduct self checks by Nov. 30.

The move comes after the government this week took steps to tighten supervision of the lightly regulated sector of online lending, leading to companies scrapping plans to go into the business.

The government on Tuesday issued a notice asking provincial authorities to suspend regulatory approval for new internet micro loan companies and to restrict granting approvals for companies to conduct lending across regions.

Companies providing small loans, especially over the internet, have expanded rapidly in the past year in China, partly due to loose regulation.