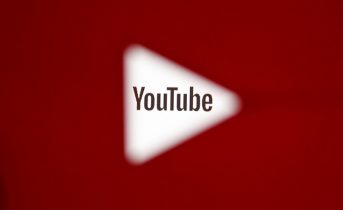 Comments from hundreds of paedophiles were posted alongside the videos, which appeared to have been uploaded by the children themselves, according to a Times investigation. One clip of a pre-teenage girl in a nightie drew 6.5 million views.

The paper said YouTube, owned by Google, had allowed sexualised imagery of children to be easily searchable and had not lived up to promises to better monitor and police its services to protect children.

A YouTube spokesman said: “There shouldn’t be any ads running on this content and we are working urgently to fix this.”

YouTube had offered a similar apology and promised a comprehensive review in March, when the Times reported that ads from companies such as AT&T Inc, Verizon and Procter & Gamble Co were appearing next to videos of religious extremists.

More than 250 companies abandoned or scaled back YouTube advertising in response, resulting in steep losses of revenue for YouTube uploaders whose videos had attracted advertising.

Credit Suisse analyst Stephen Ju said that by October, most of those advertisers “are back and accelerating budget deployment to YouTube”.

P&G and Verizon were among those that returned. AT&T has stayed away, however, a spokesperson said.

SPACE AT A PREMIUM

Online space to place TV-style commercials is in high demand and low supply, making it difficult for brands to ignore YouTube’s 1.5 billion users around the globe. Since March, more companies have adopted screening technology from YouTube and third parties to better dictate and monitor where ads run.

YouTube has remained one of Google’s biggest sales growth drivers this year despite the concerns, and is likely to register $7.8 billion in worldwide ad revenue this year, according to research firm EMarketer. Google does not break out YouTube in financial reports.

Diageo, maker of Smirnoff vodka and Johnnie Walker whisky, said it had begun an urgent investigation and halted all YouTube advertising until appropriate safeguards were in place.

A spokesperson for the British arm of German discount retailer Lidl said it was “completely unacceptable that this content is available to view, and it is, therefore, clear that the strict policies which Google has assured us were in place to tackle offensive content are ineffective”.

Computers and printers company HP blamed the problem on a “content misclassification” by Google and suspended all of its advertising on YouTube globally.

YouTube relies on software algorithms, external non-government groups and police forces to report inappropriate images of children. The company announced on Wednesday it would expand those efforts to crack down on sexualised or violent content aimed at “family friendly” sections of YouTube. ( https://goo.gl/dE343u )

The German sports goods maker Adidas said on Friday it took the issue raised by the Times very seriously and was working closely with Google on “all necessary steps to avoid any re-occurrences of this situation”.

British telecoms company BT said it had manually tested Google’s brand safety measures 20,000 times to check they worked, but it was possible that “a small number of ads slip through and appear next to inappropriate content or content with inappropriate comments”. Those ads are removed immediately and the offending publishers are blacklisted, it said.

Britain’s ministry in charge of digital affairs said the government had this year put in place a new code of practice for social media companies requiring them to ensure they offer adequate online safety policies.

“The government expects online platforms to have robust processes in place and to act promptly to remove content and user accounts that do not comply with their own policies,” a spokesman for the Department of Digital, Culture, Media and Sports said.