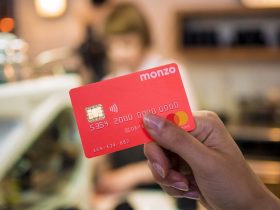 LONDON (Reuters) – British app-based bank Monzo and others like it want to make money by allowing other firms access to their customers rather than lending to them, but this is an untested path to profitability.

Monzo’s user numbers soared by 300 percent to 450,000 in nine months this year, which has attracted investors and more than doubled its valuation to $336 million.

The bank’s distinctive coral-coloured card has become commonplace in the wallets of the young and tech savvy.

But this growth has come at a cost: until recently every customer meant a loss of 50 pounds ($67) as Monzo offered services such as overseas cash withdrawals for free.

“The more you grow, the more you lose and you have to turn that corner at some point,” CEO Tom Blomfield told Reuters, referring to the moment when each customer is no longer a loss to the bank. However he has no target for overall profitability at Monzo.

Monzo and competitors like Starling Bank still largely steer clear of the loans and hefty fees for overdrafts or foreign exchange that have been so lucrative for existing banks, but which the newcomers see as ripping off consumers.

Absorbing such costs has been expensive for some of the upstarts, but they think they can make money from a new model based on using customers’ data to push them towards other financial services, taking a commission whenever it works.

If successful, they could eat into the retail banking profits of the big banks just as new rules are being introduced to reduce their dominance, and returns are being shredded by tougher regulation and growing competition.

They see the big banks’ approach, built around lending out customers’ deposits at higher rates of interest, as costly. Capital requirements are high, which would affect the way investors looked at the newcomers if they took that route.

The digital-only banks boast slick apps, which can analyze spending in real time, send budgeting nudges and allow users to freeze and unfreeze their card at the click of a button.

“I love the instantaneity of it,” she said, although she wouldn’t use it as her main bank because it pays no interest on deposits and has no branches to visit in an emergency.

But for the new banks, becoming central to users’ lives is the key to accessing the wealth of data needed to nudge them toward the right products, and making money in the process.

“The important place in people’s financial lives is where the data is,” said Starling Bank CEO Anne Boden.

Partner firms plug into the apps, creating a “marketplace” of services ranging from loans and investments to insurance and energy, and paying the banks a fee whenever a customer signs up to their offering.

The banks will rely on this for income to varying degrees.

Boden said it will account for around a third of revenues at Starling, while Monzo’s Blomfield expects it to be the bank’s main source of income in the long term.

“The difficulty is you need massive scale and access to data to really make it work,” he said.

Achieving that could be difficult as others pursue similar strategies, said John Cronin, head of UK banks research at analyst firm Goodbody.

Subscriptions for premium and business accounts resulted in 2.36 million pounds of turnover in 2016 and Revolut plans to offer overdrafts and loans too. It expects to break even by the end of 2018.

Starling plans to hit the same milestone one year later. Interest from overdrafts will provide a third of its income, said Boden, with more funds coming from a business-facing payments service and upcoming business accounts.

Monzo is also currently rolling out overdrafts and exploring one lending product.

He has more confidence in models where the marketplace supplements such income, rather than the other way around.

“That kind of engagement or interest from consumers is really unheard of in financial services,” she said.

Still, the firm wants Monzo to prove that each customer can drive more revenue than they drive cost within a year or so.

Monzo has already halved the cost per user, although that has meant cutting back on some key offers: previously unlimited overseas ATM withdrawals cost it 16 pounds per customer.

Now it will start adding revenues. Blomfield sees the marketplace playing an increasingly important role, although he added: “Until it plays out it’s hard to know for sure.”