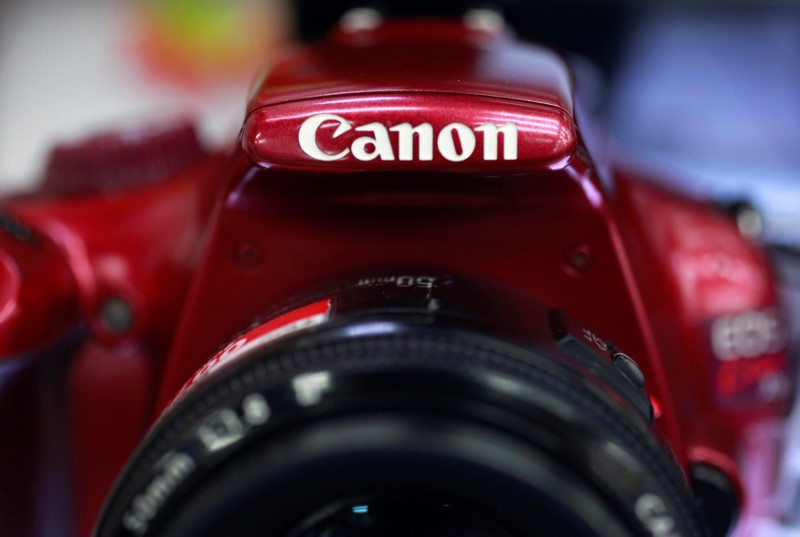 TOKYO, July 7 (Reuters) – Canon Inc’s stock fell to its lowest levels in more than two months on Friday after EU regulators said they may fine it up to 10 percent of annual revenue for jumping the gun in its acquisition of Toshiba Corp’s medical unit.

The EU Commission said it had reached a preliminary view that Canon breached rules by using a so-called “warehousing” two-step transaction structure involving an interim buyer to buy the company prior to obtaining relevant approvals.

Ten percent of Canon’s annual revenue would be roughly equivalent to $2.9 billion.

The $6 billion deal, completed late last year, raised eyebrows at the time due to the unorthodox method which allowed Toshiba, which was struggling for cash after an accounting scandal, to book proceeds in time for the financial year-end in March.

Rival bidder Fujifilm Holdings Corp  had criticized it as a “mockery of the law”.

Canon said in statement that it would respond appropriately, but declined further comment before regulators make their final decision.

Canon shares fell as much as 3 percent to its lowest level since May 1. The stock was the fifth most traded stock by turnover.

Facebook Inc  was hit with a 110-million-euro ($125 million) fine in May for providing misleading information during the EU review of its messaging service WhatsApp purchase in 2014. Last month, EU antitrust regulators hit Alphabet’s Google with a record 2.4-billion-euro fine for favoring its own shopping service.