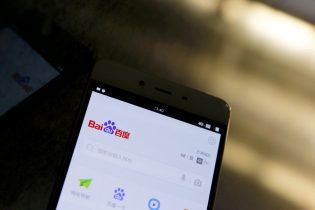 BEIJING (Reuters) – China is investigating its top social media sites, including WeChat and Weibo, for failing to comply with cyber laws, the latest step in the country’s push to secure the internet and maintain strict Communist Party control over content.

President Xi Jinping has made China’s “cyber sovereignty” a top priority and has also reasserted the ruling party’s role in limiting and guiding online discussion. Surveillance is being further tightened ahead of the 19th National Congress of the Communist Party later this year, when global attention will be on news coming from the world’s No.2 economy.

Baidu said it felt “deep regret” over the content and will “actively cooperate with government departments to rectify the issue and increase the intensity of auditing”.

Tencent and Weibo did not respond to requests for comment.

Shares of the Hong Kong-listed firm were in the red after the news, down almost 5 percent. Investors will now be waiting to see how shares of the U.S.-listed firms react.

Just last month, all three were asked to carry out immediate “cleaning and rectification” at a meeting with authorities who cited examples of illicit content, including rumors about party officials and misrepresenting Chinese military history.

Prior to the meeting, Weibo was asked to partly close its video site over violations, wiping out a total $1.3 billion worth of stock between Weibo and parent firm Sina Corp.

In recent months, regulators have taken severe and unprecedented moves to shutter content and media across a variety of platforms. In May, it released regulations for online news sites and network portals that expanded curbs on content and required all services to be overseen by party-sanctioned editorial staff.

It has taken down popular celebrity gossip social media accounts and there has also been a sweeping campaign to remove virtual private network apps that allow users to circumvent China’s so-called ‘Great Firewall’ and access foreign websites.

Western social media websites like Facebook and Twitter are banned by the country’s censors, which in turn has helped drive up the popularity of home-grown messaging app WeChat and microblogging service Weibo.

WeChat and Weibo have about 940 million and 350 million monthly active users, respectively.