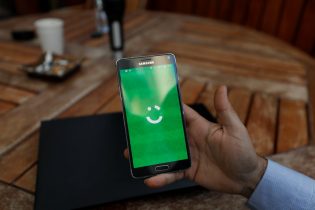 By Alexander Cornwell and Eric Auchard

DiDi is seeking to turn up the heat on ride-sharing pioneer Uber via a string of partnerships with regional players in Southeast Asia, Europe and Africa and now the Middle East. It has previously done similar deals in Latin America as well as with Uber’s U.S. rival Lyft.

DiDi said on Tuesday it would invest in Careem to strengthen its market position across the region. The two companies said they would cooperate on smart transportation technology, product development and operations.

Careem and DiDi declined to comment on the size of the Chinese company’s investment in Careem.

It is ahead of Uber in Pakistan and a strong second player to Uber in other regional markets, according to research firm SimilarWeb, which tracks consumer mobile and web usage habits.

Over the past few weeks, DiDi has announced a similar investment in Estonian-based ride-hailing firm Taxify to help it to expand in Europe and Africa.

DiDi and its backer SoftBank Group have also said they would contribute the bulk of a new $2.5 billion investment into Grab, a major online taxi player in south east Asia (http://reut.rs/2whGgMZ).

Careem has raised $572 million in funding from a range of investors, including a $150 million round led by Saudi Prince Alwaleed bin Talal’s Kingdom Holding, according to Crunchbase data. German auto maker Daimler and Japan’s Rakuten are also investors (http://reut.rs/2veX5KT).

Uber operates in nearly 600 cities in 70 countries and reported it had fare revenues around $20 billion last year. It was Silicon Valley’s most valuable private firm when it was last valued at up to $68 billion.

DiDi is the world’s second most valuable venture-backed start-up after Uber, having last been valued at $50 billion according to venture investment tracking firm CB Insights, having raised $13 billion in funding over the past five years.

It has 400 million customers in 400 cities in China. DiDi is backed by Chinese Internet giants Alibaba and Tencent and Japan’s SoftBank, among others. DiDi acquired Uber’s China business a year ago, leaving the U.S. company with a minor stake in DiDi.

Over the past year, Uber has faced regulatory setbacks, employee and driver protests and executive departures, leading to founder Travis Kalanick being pushed aside by the company’s board in June. (http://reut.rs/2t6NA0D)

(Reporting by Alexander Cornwell in Dubai and Eric Auchard in Frankfurt. Editing by Jane Merriman)