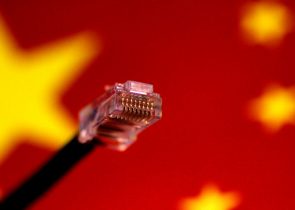 Five websites have been asked to carry out immediate “self-examination and correction” to remove vendors that sell illegal virtual private networks (VPNs), according to a notice posted by the Zhejiang provincial branch of the Cyberspace Administration of China (CAC), China’s top cyber regulator.

Some of them were ordered to halt new user registrations, suspend services and punish accountable staff.

“The (CAC) has ordered these five sites to immediately carry out a comprehensive clean-up of harmful information, close corresponding illegal accounts … and submit a rectification report by a deadline,” the regulator said on Thursday.

This is the latest in a series of measures taken by China to secure the internet and maintain strict control over content. Surveillance is being further tightened ahead of the 19th National Congress of the Communist Party later this year, when global attention will be on news from the world’s No.2 economy.

Recently, China said it was investigating its top social media sites, including WeChat and Weibo, for failing to comply with cyber laws. It has already taken down popular celebrity gossip social media accounts and extended restrictions on what news can be produced and distributed by online platforms.

This is in addition to its campaign to remove VPN apps.

Regulators have clamped down on dozens of local VPNs, and ordered Apple Inc and other app stores to remove foreign VPN apps that allow users to access foreign websites censored by the government.

China has also passed laws, which will come into effect from early 2018, that require telecommunications providers and tech firms to play a greater role in removing VPNs.

On Chinese online marketplaces, including the country’s largest e-commerce site Taobao, vendors sell a range of tools to set up personalized VPNs that are harder to track and block than some other services.

Alibaba did not immediately reply to a request for comment.

The notice did not specify the date of the deadline by which the sites have to complete the rectifications.