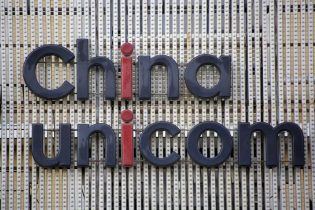 By Donny Kwok and Julie Zhu

HONG KONG (Reuters) – Telecoms group China Unicom is set to announce on Wednesday funding from Chinese technology firms and other investors, as part of Beijing’s push for state-owned enterprises to be revitalized with private capital, two people with knowledge of the matter said.

The majority of the fresh capital would be raised through new share issues, while China Unicom would also sell part of its stake in the Shanghai unit, the people had said at that time.

China Unicom, formally known as China United Network Communications Group Co Ltd, is one of the world’s largest mobile carriers by user numbers but has struggled in a fiercely competitive market.

The move is part of the Chinese government’s drive to rejuvenate state behemoths with private capital, with China Unicom among a first batch of state-owned enterprises to see mixed-ownership reform.

China Unicom Hong Kong asked the stock exchange for the share trading suspension “pending the release of an announcement”, but did not elaborate. A company representative could not be immediately reached by Reuters for comment.

Last month, the company said China Unicom group was in talks with investors but said it had yet to reach any deal.

China Unicom will announce the investment details along with the first-half earnings of the Hong Kong unit on Wednesday, said the people, who declined to be named as they were not allowed to speak to the media about it before a public announcement.

The company, which has a market value of HK$286 billion ($36.6 billion), last week flagged a 70 percent jump in first-half profit. It also forecast competition would intensify in the second half of the year.

Its shares have risen 32 percent so far this year, outpacing a 24 percent surge in the benchmark index <.HSI>.

Share trading in China Unicom’s Shanghai-listed unit has been halted since it said in early April it would be part of the government’s mixed-ownership pilot. It gave no further details at that time.

Prior to that suspension, the unit’s market value topped $23 billion. One of the people told Reuters on Wednesday that the Shanghai shares were expected to begin trading on Thursday.