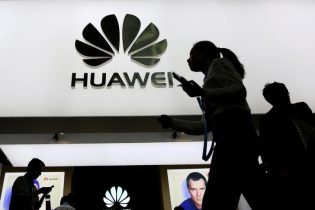 That would make it the slowest revenue growth in four years for Huawei, the world’s third-largest smartphone maker after Samsung Electronics Co Ltd and Apple Inc.

Huawei vowed to focus on profit after posting near-flat annual profit growth in March, weighed down by its fast-growing but thin-margin smartphone business and heavy marketing spending.

Its leading position in the world’s biggest smartphone market came under threat from local rivals over the past year and a half.

In his message, Hu said Huawei’s enterprise business needs to “maintain mid-to-high growth speed and become a pillar business for the company in five years”.

He also asked for its consumer business to continue to improve profitability, its new public cloud business to increase in scale, and its core carrier business to beat the industry.