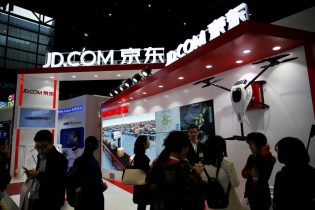 The startup is raising up to $1 billion from existing and new investors in its latest funding round and has a pre-money valuation of about $2.5 billion, the person said.

The people declined to be identified as the financing plans are not public. JD.com and Go-Jek declined to comment.

Indonesia currently accounts for almost all of JD.com’s investments outside China, which include an e-commerce platform and travel startup Traveloka.

JD.com’s investment in Go-Jek follows that of Chinese social media and online entertainment firm Tencent Holdings Ltd <0700.HK>, which is also an investor in JD.com. Reuters reported last month that Tencent had invested $100 million to $150 million in Go-Jek.

The people said Tencent is also in talks with Go-Jek for further investment as a strategic investor.

Tencent did not immediately respond to a request for comment.

Investment in Southeast Asia by some of China’s largest tech firms point to ambitions to boost their presence in a region that many expect to produce the next batch of high-valued tech startups.

Didi, along with Japan’s SoftBank Group Corp (9984.T), last month led a $2.5 billion financing round of Singapore-based Grab, one of Go-Jek’s biggest rivals in Southeast Asia.

Go-Jek, which began as a ride-hailing app for motorcycle taxis, mainly operates in Indonesia, the region’s most populous country, which has grown to be a large potential market for Grab and Uber Technologies Inc [UBER.UL].

Amid fierce competition in ride-hailing, Go-Jek is also developing food delivery business that a separate person said yields a much higher margin than car-hailing. Its mobile payment business, Go-Pay, is growing rapidly as it is complementary with other Go-Jek offerings, the person said.

People close to the matter previously told Reuters that Go-Jek aims to close the current funding round in the third quarter.