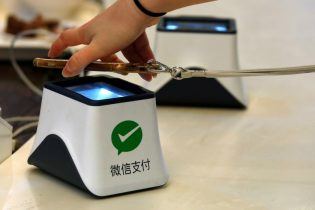 By Cate Cadell and Shu Zhang

Mobile payments using in-app QR or bar-codes have become ubiquitous for everything from taxis to grocery shopping and bike rental in China in recent years, with customers making 19 trillion yuan ($2.9 trillion) in transactions in 2016, according to iResearch.

The rapid uptake has spurred fears that mobile payment firms, without oversight, could misuse funds held while transactions between users and merchants clear.

Regulations unveiled by the People’s Bank of China (PBOC) on Saturday require firms to allocate 42 to 50 percent of their total client funds in regulated interest-free reserve accounts by April, up from a current rate of 12 to 20 percent.

The central bank has said it will eventually raise the ratio to 100 percent but hasn’t given a timeline.

The moves will impact a major source of profit for online payment firms, particularly those that relied on the interest income for fast growth during the early boom years.

China’s e-commerce and mobile payments market has enjoyed explosive growth in recent years with Alipay and Tencent’s Tenpay each accumulating over 500 million users.

Client reserve funds are prepaid sums from buyers that are held temporarily by payment companies before they are transferred to merchants. Payment firms typically deposit them into bank accounts where they earn interest.

The latest hike in reserves will slash more than 4.48 billion yuan ($689 million) in annual interest earnings from the industry, according to Reuters calculations, under the assumption that payment companies could have earned 3 percent annualized interest rate on those funds.

Analysts say large, diversified firms such as Ant Financial and Tencent will be able to absorb the costs, and seek to replace revenue with income from other products, including wealth management tools and micro-loans.

The move puts extra pressure on the two top firms, however, who are facing barriers at home and abroad as regulators balk at the technical and financial implications of their rapid expansion.

Ant Financial said it was supportive of the PBOC’s move. Tencent did not respond to a request for comment.

Smaller payment firms could face consolidation as their margins slide. There are currently more than 200 companies licensed to provide such services.

Shanghai-based All In Pay Network Service, which has 1.7 million merchants, said it would adjust its business to comply with the central bank’s new policy.

“In terms of the actual impact it will have on our company, that still remains to be seen,” it said.

The move will allow China’s central bank to gain more insight into capital flows within the industry as it seeks to quell financial risks associated with the massive funds now kept by third-party payment companies.

The rules on reserve funds also pave the way for the establishment of a new government-directed clearing house for third-party payment companies, which is expected to launch in June. The new entity will enable the central bank to track all online financial transaction data and the flow of funds in the industry, analysts say.

In August, the regulator instructed third-party payment firms to route all of their transactions through the centralized clearing house, in which its affiliated companies own largest stakes.

In addition to new rules on reserve funds and clearing, last week the PBOC also announced plans to cap barcode payments to as low as 500 yuan to rein in risks arising from the popular service.

“Preventing risks remains the core theme in 2018,” CITIC Securities said in a research note. “Payment giants are likely to slow down their aggressive marketing deployed in the early stages of development and pay more attention to compliance.”