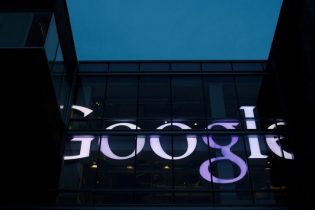 LONDON (Reuters) – Europe is making major strides to eliminate barriers that have held back the region from developing tech firms that can compete on the scale of global giants Alphabet Inc’s Google, Amazon.com Inc or Tencent Holdings Inc, a report published on Thursday shows.

The region has thriving tech hubs in major cities, with record new funding, experienced entrepreneurs, a growing base of technical talent and an improving regulatory climate, according to a study by European venture firm Atomico.

While even the largest European tech ventures remain a fraction of the size of the biggest U.S. and Asian rivals, global music streaming leader Spotify of Sweden marks the rising ambition of European entrepreneurs. Spotify is gearing up for a stock market flotation next year that could value it at upward of $20 billion. (http://reut.rs/2wYORnI)

“The probability that the next industry-defining company could come from Europe – and become one of the world’s most valuable companies – has never been higher,” said Tom Wehmeier, Atomico’s head of research, who authored the report.

Top venture capitalists and entrepreneurs in the region told Reuters they are increasingly confident that the next world-class companies could emerge from Europe in fields including artificial intelligence, video gaming, music and messaging.

“What we still need to develop is entrepreneurs who have the drive to take it all the way – I think we are starting to see that now,” said Bernard Liautaud, managing partner at venture fund Balderton Capital, who sold his software company Business Objects to SAP for $6.8 billion a decade ago.

The Atomico report is being published in conjunction with the annual Nordic technology start-up festival taking place in Helsinki this week and set to draw some 20,000 participants.

Capital invested in European tech companies is on track to reach a record this year, with $19.1 billion in funding projected through the end of 2017 – up 33 percent over 2016, according to investment tracking firm Dealroom.co.

The median size of European venture funds nearly tripled to around 58 million euros ($68.7 million) in 2017 compared with five years ago, according to Invest Europe’s European Data Cooperative on fundraising investment activity.

Beyond the availability of funding, Europe has a range of technical talent available to work more cheaply than in Silicon Valley, enabling start-ups to get going with far less funding.

With a pool of professional developers now numbering 5.5 million, European tech employment outpaces the comparable 4.4 million employed in the United States, according to data from Stack Overflow, a site popular with programmers.

London remains the top European city in terms of numbers of professional developers, but Germany, as a country, overtook Britain in the past year with 837,398 developers compared with 813,500, the report states, using Stack Overflow statistics.

While median salaries for software engineers are rising in top European cities Berlin, London, Paris and Barcelona, they are one-third to one-half the average cost of salaries in the San Francisco Bay Area, which is more than $129,000, based on Glassdoor recruiting data.

PUSHING UP AGAINST LIMITS

Big hurdles remain. A survey of 1,000 founders by authors of the report found European entrepreneurs were worried by Brexit, with concerns, especially in Britain, over hiring, investment and heightened uncertainty in the business climate.

Although Europe has deep engineering talent, many big startups focus on business model innovation in areas such as media, retail and gaming rather than on breakthrough technology developments that can usher in new industries, critics say.

Regulatory frameworks in Europe put the brakes on development on promising technologies such as cryptocurrencies, “flying taxis” and gene editing, while autonomous vehicles and drones face fewer obstacles, the report says.

A separate study by Index Ventures, also to be published on Thursday, found that employees at fast-growing tech start-ups in Europe tend to receive only half the stock option stakes that are a primary route to riches for their U.S. rivals. Yet their options are taxed twice as much.

“There is quite a gap today between stock option practices in Europe and those in Silicon Valley,” Index Ventures partner Martin Mignot said in an interview. “There are other issues where Europe is behind, but we think stock options should be at the top of the agenda.”

“Europe has markets for average companies. In the U.S., going public is hard. You have to be really, really good. You have to be $100 million, minimum, in revenue,” the French entrepreneur-turned-investor said. “Nasdaq and the New York Stock Exchange have not lowered their standards.”

(Reporting by Eric Auchard in London; Additional reporting by Jussi Rosendahl and Tuomas Forsell in Helsink; Editing by Leslie Adler)