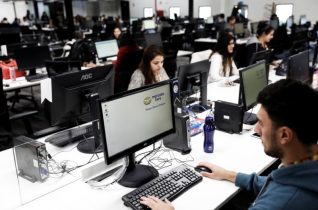 MEXICO CITY (Reuters) – Mercado Libre, Latin America’s home-grown e-commerce firm, said on Thursday that it would open two large distribution centers in Mexico as part of an effort to improve its logistics in the country.

Buenos Aires-based Mercado Libre said it would invest $100 million to open the distribution centers, the company’s first, which would yield 3,000 jobs in Mexico.

The facilities will help the company speed up deliveries, which is essential to the appeal of e-commerce, Chief Executive Ignacio Caride said in an interview earlier this month with Reuters.

“As fast as possible – that is going to be the experience of e-commerce,” he said. “That is the big difference between people who go to retail stores with packages in their arms, and people who shop online – how long it takes.”

The distribution centers, which total 1.4 million square feet (130,000 square meters), are located in the state of Mexico, which surrounds Mexico City.