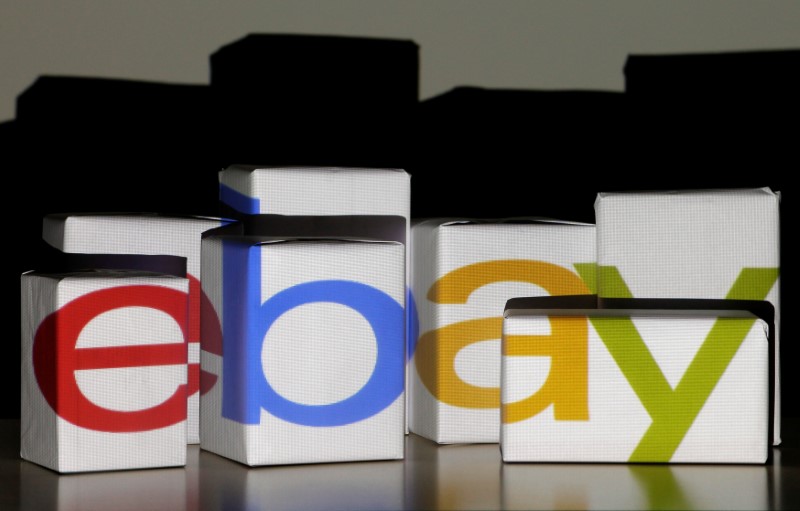 FRANKFURT (Reuters) – “Millionaire” online businesses selling on ecommerce site eBay have jumped 50 percent in key international markets Britain and Germany in the last four years, despite currency swings that have slowed growth outside the United States.

Fresh data published on Tuesday by eBay shows the number of million euro businesses selling on eBay grew to 1,095 from 731 in Germany last year since 2013 while million pound-plus businesses rose to 663 from 443 in Britain over the same time period.

Two examples in the north of England are MusicMagpie.co.uk, which buys used CDs, DVDs and electronics from consumers for resale on eBay in more than 140 countries, and cycling accessory seller MaxGear, now a 3.5 million pound ($4.51 million) a year business.

While the company founded 22 years ago started out as an online auction site for consumers to trade second-hand goods, 80 percent of merchandise now sold via eBay is new, largely fixed-price items, the company reported in the first quarter of 2017.

The third largest country in Europe for millionaire businesses is Italy, where million euro-plus businesses rose 55 percent to 93 from 60 in the four years ending in 2016.

The United States grew 6.7 percent to $3.87 billion in 2016, making up 43 percent of total eBay revenue, while the rest of Europe and other international markets gained 9 percent in U.S. dollar terms for the remaining 27 percent of company revenue.

Other major international markets include Australia, South Korea and its cross-border business in greater China, eBay said. EBay is scheduled to report its second-quarter results on July 20, when it is expected to report a 3.6 percent rise in net revenue to $2.31 billion, according to Thomson Reuters data.