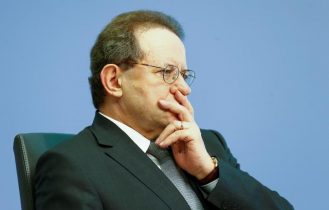 FRANKFURT (Reuters) – Bitcoin is not a currency but a mere instrument of speculation, the vice president of the European Central Bank said on Friday, comparing the digital currency to tulip bulbs during the 17th century trading bubble in the Netherlands.

The dollar value of the Bitcoin has nearly trebled this year and, while its adoption has yet to pick up in a significant way, the rise of this cryptocurrency is worrying central bankers across the world.

But ECB Vice President Vitor Constancio denied it posed a threat to monetary policy and compared its rise to the ‘Tulip mania’ seen three-hundred years ago.

“Bitcoin is a sort of tulip,” Constancio said at an ECB conference. “It’s an instrument of speculation … but certainly not a currency and we don’t see it as a threat to central bank policy.”

The ECB said year last year digital currencies, which are generally issued by private companies and only exist in electronic form, could in principle erode its power over the supply of money, inviting European Union lawmakers to tighten proposed rules on the matter.

Earlier this month, President Mario Draghi quashed an Estonian proposal to launch a government-backed cyrptocurrency, saying the only valid money in the euro zone was the euro.