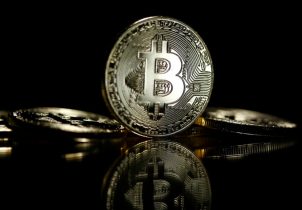 (Reuters) – The major futures exchanges believe in the development of cryptocurrency trading and will push on with launching exchange traded funds that allow investors to trade in them, chief operating officer and president of Cboe Global Markets said on Tuesday.

Speaking on a conference call after the company’s third quarter results, Chris Concannon and other executives declined to say when they expected regulatory approval for a bitcoin exchange traded fund they announced earlier this year.

But his tone contrasted with the dismissal of bitcoin as a major financial market by some senior bankers.

“Over time, we do envision (our bitcoin) ETF coming to market once the regulated futures market is built and … we’re encouraged by everyone’s focus on this space,” Concannon said.

“Overall, the crypto currency space is the space that I think we believe in and certainly our competitor across town believes in as well and I’m just encouraged by that validation.”

(This version of the story corrects title of Chris Concannon in first paragraph; removes reference to BATS Global Markets)