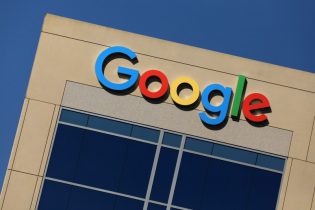 Google is under pressure to come up with a big initiative to level the playing field in comparison shopping, but its proposal was roundly criticized by competitors as inadequate, the sources said.

EU enforcers see the antitrust case as a benchmark for investigations of other areas dominated by the U.S. search giant, such as travel and online mapping.

Google has already been fined a record 2.4 billion euros ($2.9 bln) by the European Commission for favoring its own service, and could face millions of euros in fresh fines if it fails to treat rivals and its own service equally.

In its proposal submitted to the European Commission on Aug. 29, the company said it would allow competitors to bid for any spot in its shopping section known as Product Listing Ads, the sources said.

EU competition chief Margrethe Vestager said it was too early to say if the offer would be accepted.

“It is at this point in time of course impossible to say what will happen but obviously market reactions will be one of the things that we’ll be taking under consideration,” she told reporters in Washington on Monday.

Google, whose parent is Alphabet Inc, sought feedback from four to five competitors and it was overwhelmingly negative, the sources said.

The adverse reaction could undermine Google’s efforts to win over EU antitrust regulators.

Three years ago, the world’s most popular internet search engine made a similar offer in an attempt to settle a long-running investigation by the Commission and avoid a fine. That was ultimately rejected following criticism from rivals and discord within the EU executive.

Under that proposal, Google would reserve the first two places for its own ads. The new offer would also see Google set a floor price with its own bids minus operating costs.

The offer does not address the issues set out by EU competition regulators, the sources said.

“This is worse than the commitments,” one of the people said, who requested anonymity.

The European Commission said the onus was on Google to comply with its cease and desist order.

“It is Google’s sole responsibility to ensure compliance with the Commission antitrust decision, and it is for Google to explain how it intends to do so,” spokesman Ricardo Cardoso said.

Google did not respond to a request for comment.

“Unless Google is volunteering to break up its general-and specialized-search businesses, the inclusion of Google’s comparison shopping competitors into a new or existing pay-for-placement auction would simply create an additional anti-competitive barrier,” the company said.

Google has until Sept. 28 to stop its anti-competitive practices or Alphabet could be fined up to 5 percent of its average daily worldwide turnover, or around $12 million a day, based on Alphabet’s 2016 turnover of $90.3 billion.