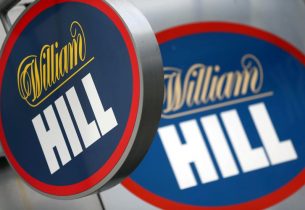 By Ben Martin and Swati Pandey

Dublin-based Paddy Power Betfair, which is listed on London’s FTSE 100 index and runs betting shops in Britain and Ireland, has had discussions with CrownBet, the online gambling firm that is 62 percent-owned by Crown Resorts, two people familiar with the matter told Reuters.

It comes after rival bookmaker William Hill confirmed on Friday that it was in “very preliminary discussions” with CrownBet about a possible combination with its Australian business.

Speculation is growing that UK-focused gambling companies are set to embark on a round of consolidation to offset the threat of stricter regulation and diversify their operations.

Last month, the British government outlined proposals to cut the maximum stake on gambling machines in betting shops, a move that would hit an important source of bookmakers’ revenue.

Ladbrokes Coral , another British betting shop operator, held unsuccessful deal talks with online rival GVC this year and a spate of dealmaking among British companies is expected once the government makes a decision on gambling machine stakes.

Paddy Power Betfair is already a major player in Australia through its Sportsbet business.

William Hill, meanwhile, entered the country four years ago when it bought Sportingbet and tomwaterhouse.com but its operations have since struggled. Earlier this week it posted a 5 percent decline in amounts wagered at its Australian division between June 28 and October 24.

Consolidation among Australian gambling firms has been expected ever since lottery owner Tatts Group agreed to a $4.7 billion takeover by horse race betting giant Tabcorp Holding. last year to create a gambling giant.

Crown Resorts confirmed in a statement that it was “in discussions concerning its interest in CrownBet” after The Australian newspaper reported that it was holding talks about a deal with William Hill.

The Australian company did not return a request for comment made out of business hours about discussions with Paddy Power Betfair.

The structure of any deals and the valuations were not known.

Britain’s gambling industry has already been transformed by consolidation in recent years as firms scrambled to offset the impact of higher taxes and stricter regulation imposed by the government.