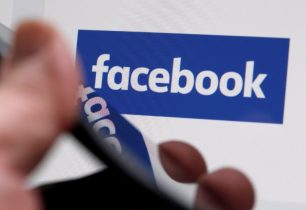 SAN FRANCISCO (Reuters) – Facebook Inc is testing a feature in the Facebook News Feed that provides customized links to news on topics of interest to individual users, as the company continues to search for ways to increase the amount of time that people spend using the world’s largest social media network.

The offering, called “Featured Topic,” is being tested on News Feed, the core of Facebook. Each selected item includes a couple of sentences of text on a subject, a link to a news story and a photo, according to an example seen by Reuters on Thursday.

Facebook confirmed that the feature was in testing and said it was designed to help people discover stories that might be relevant to them.

The company makes frequent changes to the News Feed, typically testing potential features at length before making them official.

Facebook’s News Feed includes items posted by a user’s friends and family – displayed in an order according to Facebook’s algorithms – as well as ads and posts from outlets that a user likes. Many media companies, however, provide their subscribers with lists of stories that correspond to readers’ individual interests, based on their use of a news site.

In May 2016, Facebook changed the procedures behind its “Trending Topics” section after a news report alleged that the company had suppressed conservative news and a Republican U.S. senator demanded more transparency.

Facebook in December began rolling out a series of changes to stem hoaxes, clickbait and false news stories like those that spread ahead of last year’s U.S. presidential election.

Ahead of the election, Facebook users saw fake reports saying that Pope Francis had endorsed Republican Donald Trump and that a federal agent who had been investigating Democratic candidate Hillary Clinton was found dead.

An array of other services, such as Twitter Inc and Snap Inc’s Snapchat, offer competing ways to find trending news.