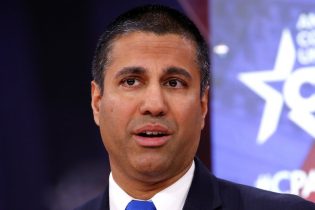 In September, 95 percent of cell sites were out of service in Puerto Rico and 75 percent in the U.S. Virgin Islands. Pai said the funds are aimed at providing additional short-term assistance for restoring communications networks and longer-term support for expanding broadband access throughout the islands.