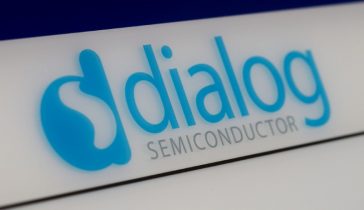 FRANKFURT (Reuters) – Germany’s Dialog Semiconductor is to acquire California-based Silego Technology Inc for up to $306 million, helping to strengthen its position in the market for the so-called Internet of Things.

Silego is a leading maker of configurable mixed-signal integrated circuits, or CMICs, which integrate multiple functions into a single chip that can be customized to perform different functions.

Dialog, announcing the deal in a statement on Thursday, said it would pay $276 million in cash plus an additional contingent consideration of up to $30.4 million for privately owned Silego, which is headquartered in Santa Clara, California and has around 235 employees.

While Dialog and Silego share several major customers, the deal will expand Dialog’s customer base to include Dell, Fitbit, Garmin, GoPro and Synapse, among others and expand Dialog’s reach into the Chinese market, according to a Dialog slideshow presentation seen by Reuters.

Dialog’s business is largely focused on power management chips used in mobile phones, for which Apple is a major customer. It has been looking in recent years to diversify into new markets including automotive and industrial internet.

The deal would expand Dialog’s addressable market by more than $1.4 billion, and the company said it expected the transaction to be accretive to its earnings per share in 2018 and accretive to gross margins.

It is seeking to bolster its position in the Internet of Things, which connects everyday objects via the internet.

Dialog has attempted larger merger deals to diversify into new markets – including a $4.6 billion agreement to acquire Atmel – but they fell apart before they could be completed.

The Silego deal is expected to be completed in the fourth quarter of this year, subject to customary closing conditions, Dialog said.