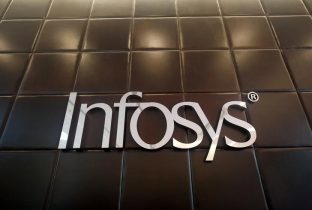 MUMBAI (Reuters) – Infosys Ltd denied a media report on Friday that the founders of India’s second-biggest software services exporter were looking to sell their entire 12.75 percent stake in the company.

The Times of India newspaper had reported the founders were exploring such a sale, citing people familiar with the developments, although it carried a denial from one founder, Narayana Murthy.

Infosys “has no information on any such development,” the company said in a statement, adding that the “speculation has already been categorically denied by the promoters.”

Infosys shares were still down 2.1 percent at 0543 GMT, after earlier falling as much as 3.5 percent.

Infosys founders’, led by Murthy, have publicly accused the company’s board of lapses in corporate governance, forcing the company to appoint a co-chairman to the board and a $2 billion payout to shareholders in the fiscal year to March 2018.

The row comes at a time when the Indian IT sector is facing headwinds in its biggest market, the United States, as President Donald Trump and his administration lean toward changing visa rules and hiking wages that could hit outsourcing firms.

Sikka has said that Infosys was likely to struggle to reach its ambitious $20 billion revenue target by 2020 due to a “challenging environment”.

Deven Choksey, promoter at KR Choksey Investment Managers, said markets would take any potential exit by promoters in stride, noting investors were more concerned about the broader outlook for India’s IT sector.

“The business situation for IT companies remains uncertain. That’s a larger concern than that of promoters trying to walk out of the company,” he said.

Infosys was founded in 1981 by seven engineers, including Murthy, who pooled $250, mostly borrowed from their wives. The company’s rapid growth kick-started outsourcing in India.