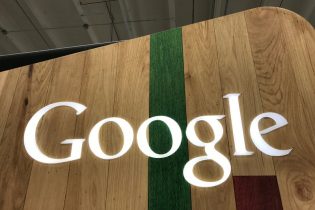 By Hidayat Setiaji and Eveline Danubrata

JAKARTA (Reuters) – Indonesia has reached a tax settlement with Alphabet Inc’s Google for 2016, the country’s finance minister said, following a months-long dispute over allegations that the search giant had not made enough annual payments to the government.

A senior tax official had said in September that Indonesia, Southeast Asia’s biggest economy, planned to pursue Google for five years of back taxes and the company could face a bill of more than $400 million for 2015 alone if it were found to have avoided payments.

“We already have an agreement with them based on 2016. But we can’t disclose the figure,” Indonesia Finance Minister Sri Mulyani Indrawati told reporters on Tuesday.

It was unclear if both sides were still locking horns over Google’s taxes for other years.

Google did not immediately respond to requests for comment.

Indonesia is eager to ramp up tax collection to narrow its budget deficit and fund an ambitious infrastructure program. Other governments around the world are also seeking to clamp down on what they see as corporate tax avoidance.

Last year, Google agreed to pay 130 million pounds ($164 million) in back taxes to settle a probe by Britain’s tax authority, while Thailand is studying plans to toughen tax collection rules for internet and technology firms.

According to Indonesian tax officials, most of Google’s revenue generated in the country is booked at its Asia Pacific headquarters in Singapore.

They also estimated that total advertising revenue for the industry in Indonesia was around $830 million, with Google and Facebook Inc accounting for around 70 percent of that.

But Google has pointed to a joint study by the company and Singapore state investor Temasek that estimated the size of Indonesia’s digital advertising market at $300 million for 2015.