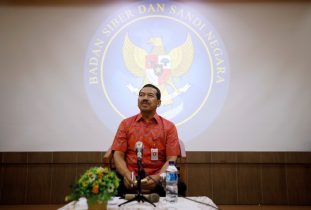 The agency has been set up amid rising concern over online misinformation and hoaxes ahead of simultaneous local elections set to take place across the country later this year. The head of the National Cyber and Encryption Agency, Djoko Setiadi, who was sworn in this week, will report directly to President Joko Widodo.

“We need a lot of human resources so we plan to recruit hundreds of people soon, including graduates of our technological institutes and anyone who has the cyber skills and integrity we are looking for,” Setiadi told reporters.

“Our responsibility is to provide protection in the cyber world to government institutions, even private companies, but most importantly to the public,” he said at a news briefing in south Jakarta.

The agency will track cyber crimes and identify perpetrators, but it remains unclear whether it will have the authority to prosecute crimes.”We will be coordinating with the police, military, and other institutions with cyber capabilities on the information we check,” Setiadi added.

The agency’s budget is to be announced this month, following discussions with parliament.