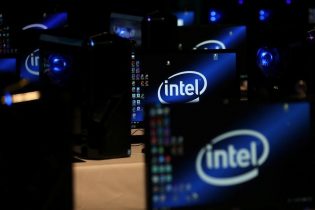 In what could be seen as an encouraging sign for the company, the judges said the lower court, known as the General Court, should focus on Intel’s arguments that its rebates to customers were not anti-competitive.

The ruling by the Court of Justice of the EU (ECJ) may force the European Commission to re-examine its tough line and economic approach in other antitrust cases such as against Qualcomm and Alphabet unit Google.

“The Court of Justice sets aside the judgment of the General Court, which had upheld the fine of 1.06 billion euros imposed on Intel by the Commission for abuse of a dominant position,” the Luxembourg-based Court of Justice (ECJ) said.

“The case is referred back to the General Court in order for it to examine the arguments put forward by Intel concerning the capacity of the rebates at issue to restrict competition,” the ECJ said.

The Commission charged Intel in 2007 and then in 2009 handed down the fine, a record at the time, reasoning that Intel had tried to block rival Advanced Micro Devices by giving rebates to PC makers Dell [DI.UL], Hewlett-Packard Co, NEC and Lenovo for buying most of their computer chips from Intel.