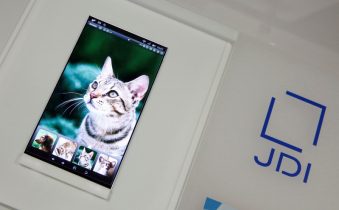 TOKYO (Reuters) – Japan Display Inc reported a fourth straight quarter of loss and said its search for a global partnership was taking more time than expected, showing its growing struggles as customers shift to a newer display technology.

The liquid crystal display (LCD) maker, money-losing for the past three years, has been making half its revenue selling LCDs to Apple Inc. But Japan Display was slow to adopt organic light-emitting diode (OLED) technology, which Apple opted to use for its high-end iPhone X, buying components from Samsung Electronics.

Japan Display posted a net loss of 32.6 billion yen ($304 million) for the October-December quarter, versus a net profit of 7.3 billion yen in the same quarter a year ago.

That compared with an average 30.32 billion yen loss forecast by four analysts, according to Thomson Reuters I/B/E/S.

Japan Display has been considering tapping new investors for capital to catch up in OLED, which it plans to start mass-producing for smartphones only in 2019.

Japan Display in December dismissed as speculative reports that it was seeking funds from clients such as Apple and Huawei Technologies, but said it was seeking to partner with global companies.

It has not disclosed who any potential partners might be. It said on Wednesday that partnership talks, previously expected to conclude by end-March, were taking more time than expected.

“Negotiations are ongoing, so in the process of discussing details the talks have been pushed back,” Chief Financial Officer Takanobu Oshima told reporters.

Aiming to counter declining sales with cost cuts, Japan Display plans to streamline production lines and reduce 30 percent of its workforce, resulting in a special loss of nearly 170 billion yen for the current year.