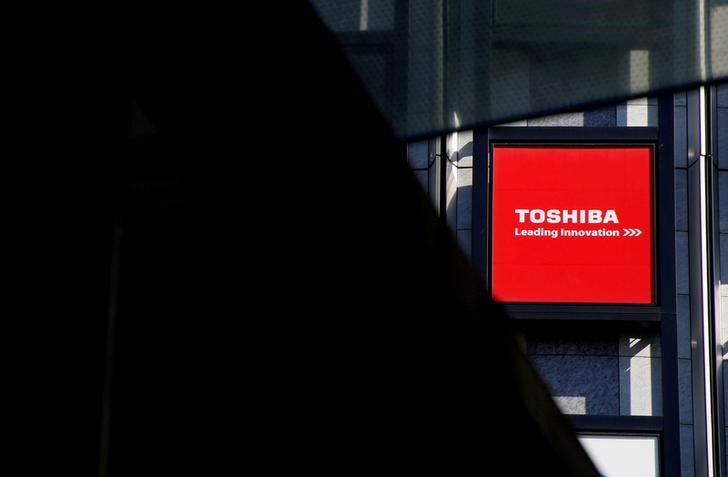 TOKYO/SEOUL (Reuters) – A Japanese government-led consortium has told Toshiba Corp it needs to resolve its legal dispute with Western Digital Corp before it will invest in the firm’s chip unit, sources briefed on the matter said.

The consortium is seen as one of the strongest suitors for the unit – the world’s No. 2 producer of NAND chips – as it would automatically have the government’s stamp of approval, but it is worried about legal risks if the spat is not settled, the sources said.

Western Digital, which jointly operates Toshiba’s main chip plant, has sought a court injunction to prevent its partner from selling its chip business without the U.S. firm’s consent.

Toshiba, which is seeking a minimum of $18 billion for its chip business, wants to complete the deal as quickly as possible to help cover billions of dollars in cost overruns at its now-bankrupt Westinghouse nuclear unit and to dig itself out negative shareholders’ equity that could lead to a delisting.

The conglomerate had set its sights on choosing a preferred bidder at a board meeting on Wednesday, separate sources familiar with the matter said. It wants to reach a definitive agreement by June 28, the day of its annual shareholders meeting.

But the sources added that the condition set by the government-led group could prompt Toshiba to postpone the vote.

The sources declined to be identified as discussions concerning the sale were confidential. INCJ, DBJ and SK Hynix declined to comment. A representative for Bain was not immediately available for comment.

Toshiba said it would not comment on the auction process. Western Digital reiterated a June 15 statement by Chief Executive Steve Milligan in which he said that Toshiba was violating contractual rights and had left the U.S. firm no choice but to pursue legal action.

The government-led consortium’s bid has been orchestrated in large part by the trade ministry which wants to keep the chip unit under domestic control.

It has been seeking to counter a 2.2 trillion yen ($19.7 billion) from U.S. chipmaker Broadcom and its partner, U.S. private equity firm Silver Lake.