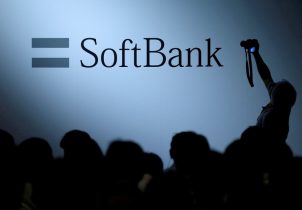 TOKYO (Reuters) – SoftBank Group Corp said on Wednesday that it wants to list its Japanese telecoms unit this year as CEO Masayoshi Son moves to complete the transformation of the company he founded from domestic telecoms upstart into one of the world’s biggest technology investors.

SoftBank hopes to list shares of its core Japanese telecoms unit, SoftBank Corp, this year, Son told reporters, adding that the proceeds “will be used to strengthen our financial balance and for group growth.”

The company flagged last month that it was considering listing the business, seeking to raise a reported $18 billion.

SoftBank has long relied on its domestic telecoms business, which makes up a third of overall sales but two-thirds of profit, as a stable source of cash that can be diverted to its growing number of investments around the world.

In pursuit of his vision of a future powered by interconnected devices and artificial intelligence, Son established the Vision Fund, the world’s largest private equity firm, which has funneled more than $9 billion into global start-ups since its inception in 2016, Thomson Reuters data showed.

SoftBank has moved from making early-stage investments in companies such as Chinese e-commerce firm Alibaba Group Holding Ltd – a $20 million bet that paid off spectacularly and helped cement Son’s reputation – to making investments of hundreds of millions or billions of dollars in later stage startups, an approach widely seen as contributing to a spike in valuations.

Separately on Wednesday, the company reported a 2.8 percent fall in third-quarter operating profit, due in part to higher costs. It did not release a forecast for the current business year, saying there were too many uncertain factors.