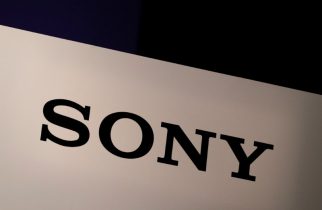 By Minami Funakoshi and Sam Nussey

TOKYO (Reuters) – Sony Corp said on Tuesday it would become the latest blue-chip firm to jockey for position in Japan’s taxi and ride-hailing market, with plans for a joint venture to develop an artificial intelligence-based hailing system.

The partnership is the latest in a growing array of tie-ups between domestic taxi firms and tech companies, who see Japan as a potentially lucrative market but are prevented from offering ride-sharing services by stringent rules.

Currently, non-professional drivers are barred from offering taxi services on safety grounds, and ride-hailing companies are limited to services that “match” users to existing taxi fleets via mobile platforms.

This month, SoftBank Group Corp and China’s Didi Chuxing said they would roll out a venture in Japan this year to provide matching services.

SoftBank is an investor in ride-hailing firms around the world including Didi, most recently becoming Uber Technologies Inc’s largest shareholder in January.

Didi and taxi firm Daiichi Koutsu Sangyo Co Ltd plan to offer taxi-hailing services to visitors from mainland China, with the taxi firm saying on Monday that it was also in talks with Uber.

On Tuesday Uber’s new chief executive, Dara Khosrowshahi, told investors in Tokyo that Uber must change the way it does business in Japan.

“It is clear to me that we need to come in with partnership in mind and in particular partnership with the taxi industry,” he said without providing specifics.

Some of the most vigorous opposition to industry deregulation has come from the “prince of taxis” Ichiro Kawanabe, chairman of Japan’s largest taxi firm Nihon Kotsu Co Ltd.

Kawanabe has set up its own taxi-hailing company, JapanTaxi, winning investment from Toyota Motor Corp along the way, and has 60,000 taxis registered with the service.

(This story corrects penultimate paragraph to show Kawanabe is chairman of Nihon Kotsu, not president. Kawanabe is president of JapanTaxi)