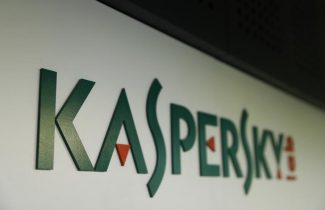 By Dustin Volz and Jim Finkle

WASHINGTON/TORONTO (Reuters) – Moscow-based security software maker Kaspersky Lab said on Monday it has asked a U.S. federal court to overturn a Trump administration ban on use of its products in government networks, saying the move deprived the company of due process.

The Department of Homeland Security (DHS) in September issued a directive ordering civilian government agencies to remove Kaspersky software from their networks within 90 days. It came amid mounting concern among U.S. officials that the software could enable Russian espionage and threaten national security.

The appeal is part of an ongoing campaign by Kaspersky to refute allegations the company is vulnerable to Kremlin influence. The company has repeatedly denied it has ties to any government and said it would not help a government with cyber espionage.

“DHS has harmed Kaspersky Lab’s reputation and its commercial operations without any evidence of wrongdoing by the company,” the company’s founder, Eugene Kaspersky, said in an open letter to the Homeland Security agency published on Monday.

The department did not respond to requests for comment.

The lawsuit alleges that the government largely relied on uncorroborated news media reports as evidence in a review of Kaspersky software. It asks the court to overturn the ban and also declare that the Russian company’s products do not pose a security threat to U.S. government computers.

The value of Kaspersky’s software sales to the U.S. government totaled less than $54,000, or about 0.03 percent of its U.S. subsidiary’s sales in the United States, according to the complaint.

Still, the allegations about the software have hurt its much bigger consumer software business, prompting retailers such as Best Buy Co to pull Kaspersky products.

Kaspersky said in October that it would submit the source code of its software and future updates for inspection by independent parties. U.S. officials have said that step, while welcome, would not be sufficient.

The September DHS order applied only to civilian government agencies and not the Pentagon. U.S. intelligence agencies said earlier this year that Kaspersky products were already generally not allowed on military networks.

(Reporting by Dustin Volz in Washington and Jim Finkle in Toronto; Editing by Jonathan Oatis)