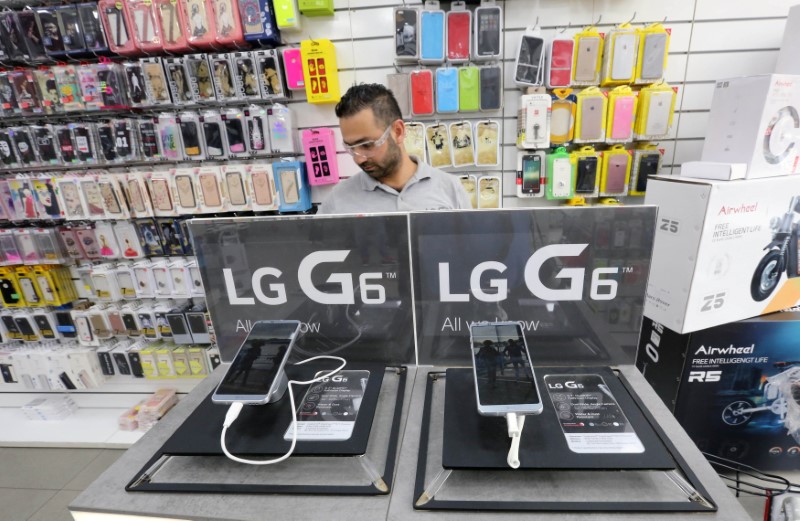 LG, the world’s No.2 television maker by sales behind Samsung Electronics Co Ltd, reported a preliminary April-June profit of 664 billion won ($574.49 million), versus a Thomson Reuters StarMine SmartEstimate of 755 billion won from a poll of 18 analysts.

“It’s likely that the mobile division’s losses were well over 100 billion won, while profitability for both the television and appliances businesses were a bit weaker than what we had anticipated,” Dongbu Securities analyst S.R. Kwon said.

The firm’s shares extended their losses following the weaker-than-expected guidance and closed down 4.2 percent, compared with a 0.3 percent fall for the broader market.

While LG did not elaborate on its forecasts, analysts said its mobile business probably saw an operating loss for a ninth straight quarter due to subdued sales and increased marketing costs for its new G6 flagship smartphone launched in March.

Some analysts also said display panel prices have remained elevated during the second quarter, undermining margins for the TV business.

Earlier in the day, Samsung reported its best-ever quarterly profit, beating expectations and putting it on track for record annual earnings on the back of a memory chip super-cycle.

Seasonally weaker sales of home appliances in the second half of the year could hurt LG’s earnings, but year-on-year growth is expected in the third quarter, analysts said.

LG’s vehicle components business could turn to profit later this year, some added.