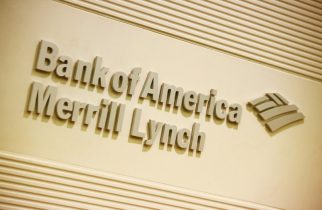 NEW YORK (Reuters) – Bank of America Merrill Lynch banned clients from investing in one of bitcoin mogul Barry Silbert’s top funds last month, according to a memo seen by Reuters.

As of Dec. 8, the Wall Street brokerage stopped approving new orders for the Bitcoin Investment Trust due to concerns about the “suitability and eligibility standards of this product,” according to the memo sent to roughly 17,000 brokers at Merrill Lynch and Merrill Edge, a unit for clients who manage their own trades.

Bitcoin Investment Trust is run by Grayscale Investments, which is led by Silbert. A former Wall Street investment banker and prominent supporter of cryptocurrencies, Silbert’s role in the world of digital coins was the subject of a Reuters special report last month.

“We look forward to speaking with Merrill Lynch and addressing any questions or concerns they have about the Bitcoin Investment Trust,” Silbert told Reuters in an email. “We are unaware of any similar policies at other brokerage firms.”

Wall Street has taken a cautious approach to digital currencies, which are unregulated and have very volatile trading patterns. Last month, Chicago-based derivatives exchanges Cboe Global Markets and the CME Group launched bitcoin futures, but some banks and brokerages remain reluctant to trade them.

Millions of investors have piled into bitcoin and other digital currencies prompting warnings of a bubble from the likes of JPMorgan Chase Chief Executive Jamie Dimon, who has likened bitcoin to a “fraud” that will eventually blow up.

Shares in Bitcoin Investment Trust jumped over 1,550 percent last year, more than the 1,300 percent plus gain of bitcoin. The fund was created for investors seeking exposure to bitcoin and trades “over the counter” in less formal exchanges than those used for typical stocks.

Before last month’s ban, clients of Merrill Lynch’s brokerage and Merrill Edge were able to buy stakes in Bitcoin Investment Trust, which trade at a fraction of a bitcoin. The digital currency is currently valued at around $15,000.

Merrill Lynch brokerage clients with historic positions in the Bitcoin Investment Trust fund can maintain them, but clients with fee-based advisory accounts have to sell their holdings, according to the memo.