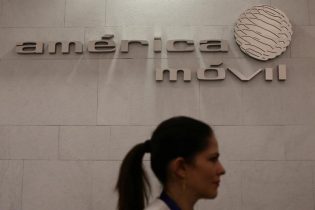 MEXICO CITY (Reuters) – Mexico’s telecommunications regulator on Monday said it approved a plan to separate part of American Movil’s fixed-line units into different entities, while the company said it will begin the process but plans to challenge the move in court.

The Federal Telecommunications Institute (IFT) ordered America Movil, controlled by the family of billionaire Carlos Slim, to break out part of its Telmex and Telnor units last year, ratcheting up antitrust measures against the company.

America Movil has two years to implement the separation, according to an IFT statement on Monday.

During that time, the firm will have to present the regulator with an asset and debt transfer plan.

The statement detailed that the new fixed-line businesses will be required to separate out local network services and have boards of directors independent of America Movil as well as brands that no longer use the names Telmex, Telnor or Telcel.

American Movil will start the process of separation but also challenge it, the company said in a filing with the Mexican stock exchange later on Monday.

“The legal and functional separation plan ordered by the IFT today differs substantially with the plan presented by Telmex and Telnor,” the company said.

Regulated prices for services offered by the separated units would be “substantially lower than international references,” the company said, adding that its board has decided not to “subsidize or finance the operations” of the separate entities.

On Feb. 27, the IFT narrowly approved a separation plan with, four commissioners in favor and three opposed, according to a vote record on the regulator’s website.

America Movil has been in discussions with the regulator for about one year over how to separate out part of its fixed-line business, which was long the heart of the company before the rise of mobile communications.

Mexico enacted a landmark telecommunications reform in 2013-2014 to boost competition in the sector, attracting investment from AT&T Inc. But America Movil held nearly two-thirds of the Mexico’s mobile lines in the first quarter of 2017, according to IFT data.

In a note to investors, Signum Research wrote that it saw little immediate impact for America Movil, noting the long timeframe the company has to implement the plan.