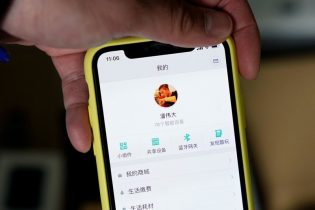 By Cate Cadell and Adam Jourdan

BEIJING/SHANGHAI (Reuters) – Wang Bin, 29, is a serious “mi fan”, one of the ardent followers of Xiaomi Technology Co Ltd, the maker of smartphones and other electronic products that looks headed for a big initial public offering, perhaps as early as this year.

Wang’s house is a Xiaomi temple. He has a Xiaomi television. Wears a Xiaomi watch. Has Xiaomi thermostats, air purifiers and smoke detectors. Xiaomi products help control the windows, doors and lights from an app on his Xiaomi smartphone.

The company, which started with smartphones but has since branched out into a plethora of smart devices, first gained a following in China by releasing limited batches of slick-looking phones to shoppers online at a lower price-tag than the likes of Apple Inc.

“Ordinary people can now experience things that were out of reach before, and this value has helped get these products into millions of family homes,” said Wang. “Since the first Xiaomi smartphone came out I knew Xiaomi would change the world.”

Wang needs no winning over. Still, Xiaomi – led by entrepreneur Lei Jun – will need many more loyal fans to live up to sky-high investor expectations.

There are concerns over thin margins, a stalling Chinese smartphone market, costs of opening physical stores, and obstacles facing the brand to retain its followers and win new ones overseas, analysts who cover the company told Reuters.

Reuters reported last month that Xiaomi had tapped CLSA, Goldman Sachs and Morgan Stanley as sponsors for its proposed IPO, which could value the company at up to $100 billion and be the world’s biggest tech float this year.

“Looking from the outside in, that $100 billion number sounds feasible, you can do the math and say it’s possible,” said Hans Tung, a managing partner at GGV Capital, who was an early investor in Xiaomi and is a former board member.

A lot will depend on the major strategy shift Xiaomi is driving with its “internet of things” smart products and services as well as its opening of physical stores. It’s also pushing hard in key markets like India and Southeast Asia.

Xiaomi, founded in 2010, started with an online-only strategy that helped it become, if briefly, the world’s most valuable start-up. CEO Lei Jun developed a cult status akin to the late Apple founder Steve Jobs.

But its online model eventually hit a wall. Xiaomi’s phones dropped out of the top five in China in 2016 because of rising competition from local rivals Huawei, Oppo and Vivo.

The slump forced the company to pull back from several overseas markets in 2016, and to shift towards physical stores and developing artificial intelligence and internet services as new areas of growth.

Last year Lei said the “worst was over” and the firm blew past its 100 billion yuan sales target for 2017 with a couple of months to spare.

Xiaomi snatched fifth spot in the global smartphone market in 2017 and – in an important step overtook Samsung Electronics as the largest vendor in India.

“People started to go to Xiaomi stores because there are so many different products to buy and browse and look at,” added Tung.

Xiaomi’s biggest immediate challenge could be an expected decline this year in the Chinese smartphone market after it suffered its first ever drop in shipments last year, said Mo Jia, Shanghai-based analyst at technology research firm Canalys. Analysts estimate the domestic smart phone market provides about 80 percent of Xiaomi’s revenue.

Still, Xiaomi is projected to have made a net profit of at least $1 billion last year, according to bankers who have analyzed the company’s revenue estimates. Profits are estimated to roughly double to around $2 billion this year.

Wang Xiang, Beijing-based senior vice president at Xiaomi and the executive who heads up the firm’s international business, told Reuters the company is aiming to make its profits mainly on services.

“We have a lot of Internet services in China, so we are very, very healthy financially. The model is we sell the hardware at almost cost,” he said.

The company is now “adding resources and hiring more people to get into new markets”, he added.

Xiaomi runs online “communities” in its various markets and has a “MIUI forum” for its super fans – referring to its open-source operating system – with whom the firm shares test versions of its new software once a week on Friday.

The firm also looks at its fan base when deciding which new markets to target.

“We created the first inner circle of hard core fans through MIUI,” said Wang, adding the firm holds an annual banquet for several hundred core fans, where Lei cooks. “The key is the sense of engagement.”

It works with tech start-ups as an “incubator” to develop their gadgets, which might then be sold as Xiaomi-branded products.

But Wang said the company does still face “challenges” in winning over consumers unfamiliar with the brand, and building the fan culture will help to break down barriers.

Sometimes though, even the most loyal sometimes wonder if things have gone too far.

Pan Weida, 31, an online vendor in Shanghai, has 78 Xiaomi products in his apartment, including a robot vacuum cleaner and a rice cooker. He spends around 1,000 yuan per month and buys almost all new Xiaomi products.

“There’s a lot of Xiaomi stuff now so it’s getting a bit complicated. Pillows, bed quilts, underpants – it’s a little nuts,” he said.