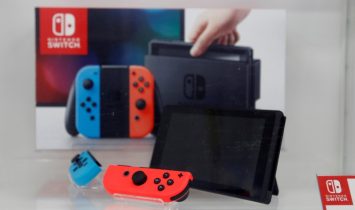 Strong demand for the hybrid home-portable Switch console, following the flop of predecessor Wii U, has led to a near-doubling of Nintendo’s stock price to nine-year highs since the device’s March launch.

The games maker forecast profit of 120 billion yen ($1.06 billion) for the year ending March, from 65 billion yen estimated three months ago. The new outlook is still below a Thomson Reuters Starmine SmartEstimate of 133.60 billion yen drawn from the projections of 22 analysts.

“We’ve boosted Switch production in order to meet strong demand from our customers as it was difficult for customers to buy the consoles at retail stores,” Nintendo President Tatsumi Kimishima said at an earnings briefing on Monday.

Nintendo sold about 2.9 million Switch consoles in the three months through September, bringing the cumulative total to 7.63 million units.

The Switch’s early success has fueled hopes for strong earnings in the coming years for Nintendo, as solid demand for new consoles is widely regarded as a prelude to strong sales of high-margin game software sales over several years.

The Switch, however, is set for stiffer competition into the year-end holiday shopping season as Microsoft Corp releases its high-powered, high-resolution Xbox One X console on Nov. 7.

“The true power of the Switch would be tested during the upcoming holiday season,” Kimishima said.

Nintendo is trying to reduce its reliance on the console business and stabilize fluctuating profit by moving into new areas for the company such as smartphone gaming and theme parks.

Its share price ended Monday 0.26 percent lower ahead of the earnings release, compared with a 0.01 percent rise in the Nikkei benchmark index.