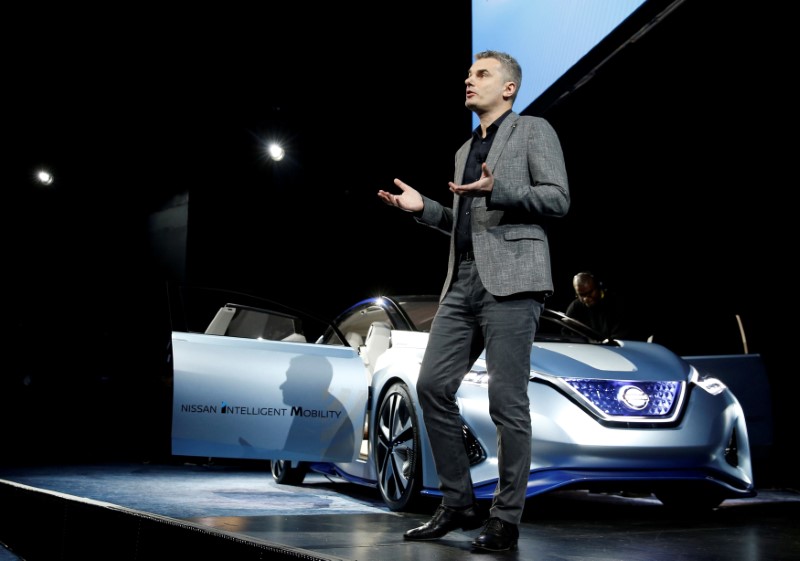 TOKYO (Reuters) – Nissan Motor Co Ltd on Thursday said it plans to launch driverless ride-hailing and ride-sharing services in coming years, as the automaker looks beyond making and selling cars to survive an industry being quickly transformed by new services.

Automakers are leveraging expertise in automated driving functions for mass-market cars to develop mobility services, as they compete with tech firms such as Alphabet Inc and Uber Technologies Inc in the fast-growing “pay-per-ride” market which threatens to hit demand for car ownership.

Ogi Redzic, head of Nissan-Renault’s Connected Vehicles and Mobility Services division, said the alliance would begin self-driving services based on its electric cars “certainly within 10 years,” though not likely before 2020.

“We think that the big opportunity for us is in automation, electric vehicles and ride-sharing and hailing together,” Redzic said in an interview.

Nissan and Renault SA join a small group of automakers aiming to enter the ride-hailing market, which Goldman Sachs last month estimated would grow eightfold by 2030 to be five times the size of the taxi market.

Redzic said the Japanese and French partners were testing self-driving vehicles, and that any service would run on pre-mapped courses with predetermined pick-up and drop-off points.

German rival BMW AG is also testing autonomous vehicles for use in ride-hailing services, while Uber has been developing self-driving technology.

Redzic said to market a self-driving service, regulations need to change to allow driverless cars on roads. At the moment, most global jurisdictions do not expressly authorize vehicles to operate on regular roads without a driver.

“It doesn’t just depend on us,” he said. “To become fully driverless you need laws to change.”