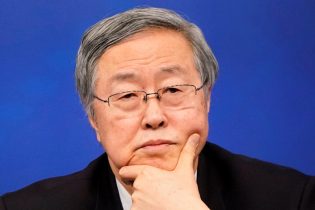 BEIJING (Reuters) – China does not recognize Bitcoin and other digital currencies as legitimate forms of payment, the central bank governor, Zhou Xiaochuan, said on Friday.

“We do not currently recognize Bitcoin and other digital currencies as a tool like paper money, coins and credit cards for retail payments,” Zhou told reporters on the sidelines of the annual parliament session.

“The banking system does not accept it.”

China has taken a string of steps in recent months to clamp down on the cryptocurrency market, including closing exchanges and banning so-called initial coin offerings (ICOs) – digital, token-based fundraising rounds.

Zhou’s remarks added to pressure on Bitcoin after the United States on Thursday said “potentially unlawful” online trading platforms for cryptocurrencies, may be giving investors an unearned sense of safety and should be registered with the regulator.

The price of Bitcoin

Zhou said China paid close attention to the blockchain and distributed ledger technologies that Bitcoin is built on, but that some applications of the technology had grown too quickly.

“If they spread too rapidly, it may have a big negative impact on consumers. It could also have some unpredictable effects on financial stability and monetary policy transmission,” said Zhou.