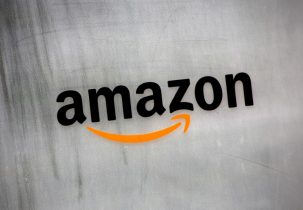 TOKYO (Reuters) – Amazon Japan said on Thursday it had been raided by the country’s fair trade regulator on suspicion of a possible anti-trust violation.

An Amazon Japan spokesperson told Reuters it was fully cooperating with the Fair Trade Commission but declined to elaborate or comment on details about the suspected violations outlined in earlier local media reports.

Citing sources related to the matter, Kyodo news agency said on Thursday the online retailer is suspected of possibly asking suppliers to shoulder part of the cost incurred from selling their products at a discount on Amazon Japan.

The Asahi daily reported that the firm may have demanded suppliers pay a “collaboration fee,” measured as a percentage of the selling price of the product.

Amazon Japan had come under regulatory scrutiny before. In a previous anti-trust probe, the Fair Trade Commission found the firm had required suppliers that sell their products on multiple platforms to list them on Amazon Japan at the same or lower price.

Amazon Japan agreed to drop the practice and the regulators ended the probe last June.

The Japan Fair Trade Commission declined to comment on the case.