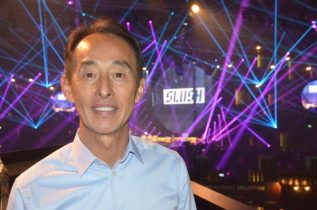 Samsung, which this year surpassed Intel to become the world’s biggest semiconductors manufacturer, has signaled its appetite for dealmaking over the past year, saying it was seeking businesses to build software and services to further differentiate its products.

However, it has provided few details on sectors it is targeting in its push for mergers and acquisitions.

“We are committed to using M&A as our tool, (and) I think the Harmon acquisition helped us to have more confidence,” Sohn told Reuters on the sidelines of the Slush tech start-up festival in Helsinki.

“I believe we can do lot more going forward.”

Sohn appeared to dismiss the potential for Samsung to take part in further consolidation in semiconductors or the smartphone markets, where it is also a leading player, suggesting the company is focused on organic growth strategies in these areas.

In September Sohn said Samsung aimed to become a major player in autonomous driving, building on its acquisition of auto parts supplier Harman and its pole position in mobile communications markets.

Asked to spell out Samsung’s potential dealmaking priorities for 2018, he said the company would continue to invest in expanding its automotive business.

Another category he singled out as “an area of opportunity” was digital health, specifically preventive health and related technologies.

Finally, in business software, he said Samsung is looking at companies in the areas of industrial internet, automation, networking, data transmission and security.

“We are a very careful and conservative company, so we will do it where it makes sense,” Sohn said, adding that it would also look for smaller bolt-on technology deals.