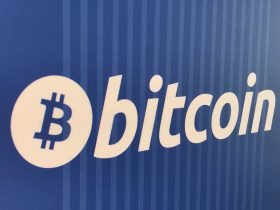 By Michelle Price and Pete Schroeder

WASHINGTON (Reuters) – Digital currencies such as bitcoin will be in the spotlight again on Tuesday as lawmakers in the U.S. Senate question top markets watchdogs over how to better regulate the highly volatile and risky emerging asset class.

Christopher Giancarlo, chairman of the Commodity Futures Trading Commission (CFTC), and Jay Clayton, chairman of the Securities and Exchange Commission (SEC), will give testimony to the Senate Banking Committee amid growing global unease about the risks virtual currencies pose to investors and the financial system.

The hearing follows a rout in the price of bitcoin, which plunged more than 15 percent to near a three-month low on Monday on concerns ranging from a global regulatory clampdown to a ban by some banks on using credit cards to buy bitcoin.

On the Luxembourg-based Bitstamp exchange, bitcoin fell as low as $6,853.53 in early afternoon trading in New York. That marked a fall of more than half from a peak of almost $20,000 in December. The currency surged more than 1,300 percent last year.

Lawmakers on Tuesday are set to probe Giancarlo and Clayton on the powers of the SEC and CFTC to oversee cryptocurrency exchanges, how the watchdogs can protect investors from extreme volatility and fraud, and the risks posed by cyber criminals intent on stealing digital tokens.

Giancarlo and Clayton will use the hearing to showcase the efforts their agencies have made to police the market and to highlight limitations in the regulatory structure, according to their testimony published on Monday.

The sharp drop in bitcoin on Monday coincided with a broader sell-off in U.S. stock markets, which plummeted to their lowest levels in 2018.