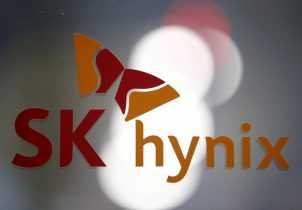 By Joyce Lee and Hyunjoo Jin

SK Hynix said in a statement it will invest 395 billion yen.

Toshiba’s board agreed last week to sell the unit, the world’s second biggest producer of NAND chips, to the Bain group. However, the signing was delayed because consortium member Apple Inc demanded new terms on chip supply in return for funding, sources familiar with the matter have said.

The SK Hynix statement did not mention whether the deal had been signed or not. A spokesman for Toshiba said the firm was aiming for a signed deal as soon as possible.

The Bain-led consortium will hold 49.9 percent of the voting rights in the chip unit, while Toshiba will hold 40.2 percent and Japan’s Hoya Corp will own 9.9 percent, the statement said.

Of the 395 billion yen to be invested by SK Hynix, 129 billion yen will take the form of convertible bonds, which later may be changed into equity equivalent no more than 15 percent of voting rights.