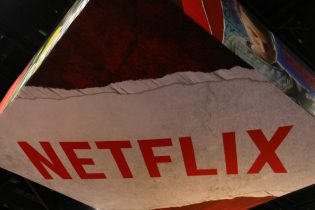 LONDON (Reuters) – Sky, the European pay-TV group at the center of a fierce takeover battle, said it would add online video service Netflix to a new TV bundle, bringing drama like “The Crown” to its sport and entertainment offer for the first time.

Sky CEO Jeremy Darroch said the tie-up would enable customers to access even more entertainment on its platform.

“By placing Sky and Netflix content side by side, along with programs from the likes of HBO, Showtime, Fox and Disney, we are making the entertainment experience even easier and simpler for our customers,” he said.

Netflix will launch on Sky’s premium Sky Q product in Britain and Ireland this year, and in Germany, Austria and Italy thereafter, Sky said.