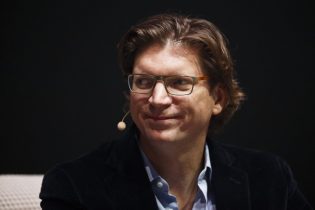 FRANKFURT (Reuters) – British games maker Bossa Studios on Tuesday said it has raised $10 million in a funding round led by European venture capital firm Atomico, ahead of the launch of the company’s pirate-themed multiplayer online title, Worlds Adrift.

Bossa founders Henrique Olifiers and Imre Jele were involved in the development of RuneScape, a so-called massively multiplayer online game (MMOG) with more than 250 million user accounts set up since its launch in 2001.

Atomico, established by Skype co-founder Niklas Zennstrom, will have two seats on the Bossa board filled by co-founder and partner Mattias Ljungman and Atomico-affiliated games entrepreneur Alexis Bonte will join Bossa’s board.

It is set to be the first game on general release to be built on the SpatialOS platform of Improbable, a British firm which in May raised $502 million in a funding round led by Japan’s SoftBank Group Corp, valuing it at over $1 billion.

Improbable uses cloud-based computing to digitally simulate real-world locations for use in games and product design.

Bossa said the $10 million Series A investment will be joined by its original investor, London Venture Partners, which specializes in early-stage funding for new games.

It said it will use the funds to recruit staff to develop artificial intelligence, user-generated content and community-based gaming.

Massively multiplayer online games are likely to account for a large chunk of the $29.4 billion that market researcher NewZoo expects to be spent on PC games this year, out of $108.9 billion for the entire games market.