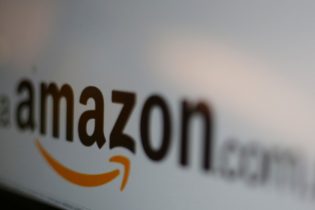 By Dan Freed and Pete Schroeder

Keith Noreika, a top U.S. banking regulator, stirred disquiet among community bankers with his call for a review of the current regulations. The proposal by the acting Comptroller of the Currency (OCC) was made at a banking conference in New York and comes as technology companies such as Amazon and Apple Inc

“Mixing banking and commerce is a bad idea that keeps recurring like a bad dream,” said Paul Merski with the Independent Community Bankers of America.

“It’s one of our bedrock resolutions to oppose the threat of full blown mixing of banking and commerce.”

Mixing banking and other commercial activities has traditionally been prohibited in the United States, amid fears customer deposits would be used to fund or subsidize unrelated and potentially risky non-banking business.

Even so, technology companies have been making inroads.

Earlier this week, Apple released a product called Apple Pay Cash. The feature allows iPhone users to send each other cash that can then immediately be used in stores that take Apple Pay. The system uses a so-called “virtual debit card” to enable in-store payments. Amazon, meanwhile, offers small-business lending.

THE NEXT FDIC BOSS

Technology firms would have to submit to a welter of regulation and oversight and apply for a banking charter from the OCC if they wanted to become full-service banks. Bank holding companies are also prohibited from engaging in nonfinancial activities.

“It (industrial loan charter) does allow us to engage more directly with regulatory bodies so it’s great to hear that comment coming today from the OCC,” said Sarah Friar, the chief financial officer of Square.

The comments from Noreika, who has built up a reputation for a strong deregulatory bent since taking over in May, puts a spotlight on the OCC’s sister organization the Federal Deposit Insurance Corporation (FDIC).

While the OCC issues the bank charter, the FDIC insures any deposits and must also approve the charter.

The term of current FDIC Chairman Martin Gruenberg, a holdover from the administration of former President Barack Obama, expires this month. Gruenberg has the option of staying on as chairman until his replacement is nominated and confirmed by the Senate.

Some bankers said they were comfortable with corporations entering their turf, as long as they were subject to the same rules.

“If Wal-Mart wants to be a bank that’s fine, as long as they make the appropriate investments to protect the parts of the banking system that are so critical,” said Kelly King, chief executive at regional lender BB&T Corp

King added that he was “absolutely opposed” to the idea of a limited banking license.

Wal-Mart, the world’s largest retailer, abandoned plans for its own bank in 2007 after opposition from lawmakers, bankers and watchdog groups.

Wal-Mart does not intend to resurrect those plans after Noreika’s comments, spokeswoman Erin Hulliberger said.