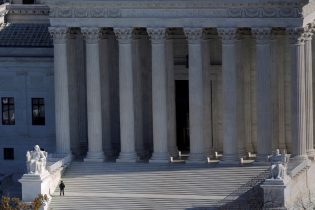 (Reuters) – The U.S. Supreme Court agreed on Monday to decide whether a federal administrative process frequently used by technology companies to ward off patent infringement lawsuits violates the constitutional rights of patent owners.

The justices agreed to hear an appeal by Houston-based oilfield services company Oil States International Inc of a lower court’s ruling upholding a proceeding called inter partes review in which the U.S. Patent and Trademark Office can cancel patents the agency previously granted.

The company asserts that because the agency’s process does not give patent owners the option of a jury trial, it violates the right to a jury trial enshrined in the U.S. Constitution.

Under the agency’s process, administrative law judges review a patent and decide whether the patent office made a mistake in granting it.

The Supreme Court has said there is a right to a jury trial in disputes in which private property can be revoked. Oil States’ position is that patents are a type of private property so inter partes reviews are unconstitutional.

The patent office used the review process to invalidate one of Oil States’ patents at the request of a competitor it had sued for infringement, Greene’s Energy Group.

The case involves a patent relating to hydraulic fracking but will be closely watched by technology companies because they have frequently used inter partes review to invalidate patents they have been accused of infringing, said Alan Fisch, a patent lawyer at the law firm Fisch Sigler.

Apple Inc, Google Inc and Samsung Electronics Co are among the companies that most frequently use inter partes reviews as a defensive strategy in patent disputes.

Congress created inter partes review through the America Invents Act of 2011, a law intended to combat companies that assert patents but do not make products of their own, pejoratively called “patent trolls.”

The inter partes review process was designed to be cheaper and faster than traditional litigation. Companies hit with patent lawsuits will often respond by initiating a review in the hopes of quickly invalidating the patent at issue.

“Use of these procedures has risen in popularity each year and has been somewhat transformative in the way patent litigation is handled,” said Neel Chatterjee, a patent lawyer at the law firm Goodwin Procter.

The U.S. Court of Appeals for the Federal Circuit rejected Oil States’ argument, finding patents are not private property, so the lack of a jury is not unconstitutional. The company then appealed to the Supreme Court.

(Reporting by Jan Wolfe; Editing by Will Dunham)