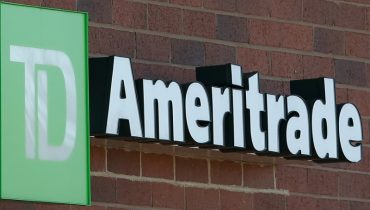 NEW YORK (Reuters) – TD Ameritrade has launched a “chatbot”, an automated program that can communicate with the brokerage’s customers on Facebook Inc’s messaging application, to give them information about markets and their accounts.

TD Ameritrade’s chatbot uses artificial intelligence and machine learning to respond to natural language messages from users on Facebook Messenger about their investments and stock prices, the brokerage said on Tuesday.

For example customers could ask the chatbot for the price of Apple Inc shares or information on the performance of their portfolio without leaving the messaging app. It also offers educational content such as videos on different investment topics.

Unlike other chatbots, TD Ameritrade’s bot will be backed by a human customer support team, which will receive notifications if the bot detects it is unable to handle some interactions. This will include cases in which the user is expressing frustration through colorful language or if they expressly request human help.

“If salty language is used it will automatically escalate it to the human,” Sunayna Tuteja, director of emerging technologies and innovation at TD Ameritrade, said in an interview.

Chatbots and virtual assistants have become more popular in banking and other consumer facing industries because improvements in artificial intelligence have made them more adept at interacting with humans.

Financial firms are hopeful that they can be used to replace their costly call centers populated by humans, while offering 24/7 support.

Tuteja said TD Ameritrade believes that while bots are useful at providing some customer service, a human element will always be required in financial services.

“In our business we feel it will always be an elegant combination of bot and human service,” she said. The company last year launched a voice-bot for Amazon Inc’s Echo device.

While bots have improved in their interactions with humans, the technology is still in its early days and functionality is limited. For example the TD Ameritrade chatbot does not yet let users transact, but does allow them to initiate the process of opening a new account.