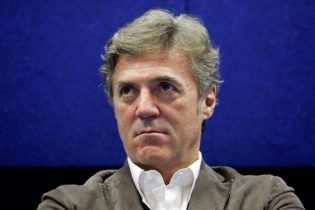 MILAN (Reuters) – One of the reasons Telecom Italia’s (TIM) CEO Flavio Cattaneo fell out with the phone group’s top shareholder Vivendi was the French company’s plan to appoint a managing director at his side, daily La Repubblica said on Monday.

Cattaneo is expected to leave within days, sources told Reuters on Friday, adding Amos Genish, a Vivendi top executive, is set to be appointed managing director.

TIM’s remuneration and appointments committee will meet on Monday to discuss “a proposal to end the relationship (with Cattaneo) by mutual consent”.

Citing Cattaneo’s comments to a person close to the manager, La Repubblica also said he will get less than 30 million euros ($34.98 million) for leaving ahead of the time.

“The severance package I will get is not a scandal,” the paper cited him as saying.