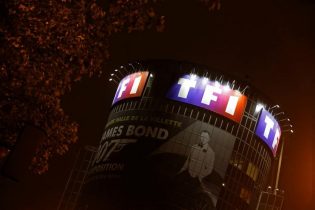 The joint venture, named European Broadcaster Exchange, will be based in London, Germany’s ProSieben said in a statement on Friday, without disclosing financial terms.

So-called programmatic video campaigns allow buyers to make real-time bids for ad slots on publishers’ sites, or each time a video is viewed, with the winning bids being displayed instantly on the sites.

ProSieben said the market for programmatic video advertising is growing 45 percent per year in Western Europe.

With consumers increasingly using smartphones and tablet computers to watch videos and listen to music, broadcasters are expanding ways to capture advertisers and viewers who have switched to digital services.

The trading platform will also be billed as preventing commercials from appearing alongside contentious content.

It will “allow advertising customers to programmatically buy pan-European campaigns in the premium and brand-safe advertising environments of the TV companies,” the statement said.

Google’s YouTube has come under intense scrutiny for ads preceding videos carrying homophobic or anti-Semitic messages, prompting a number of companies to suspend their digital ads on the video streaming service.

Broadcasters are also feeling the heat from pure content- streaming services such as Netflix – whose $6 billion content-acquisition budget for this year rivals that of most broadcasters – and Amazon Prime.