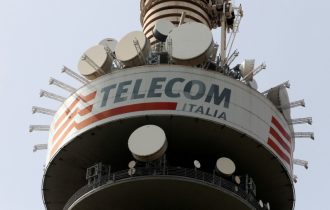 MILAN (Reuters) – Top investor Vivendi last month notified the board of Telecom Italia (TIM) that it was “directing and coordinating” the phone company because it planned to appoint one of its own managers at the Italian group, TIM said on Friday.

In a statement released at the request of market regulator Consob, TIM said another reason for the July 27 declaration was a proposed joint venture between the phone group and Vivendi’s pay-TV unit Canal+ that would strengthen the links between the two companies.

The issue of whether Vivendi controlled TIM under Italian law was not part of the board discussions, it added.

The statement comes just days after Italy’s industry minister had asked the government to look into whether Vivendi duly informed the prime minister’s office of it exercising de facto control over TIM.